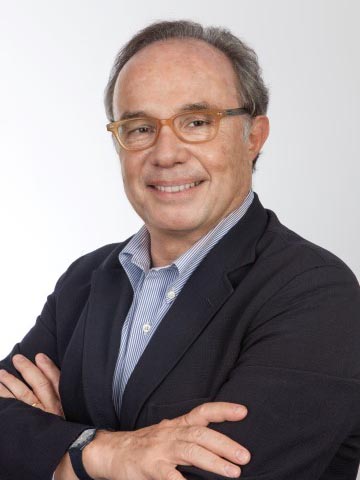 Pierre Magistretti is Director of the Brain Mind Institute at EPFL and Director of the Center for Psychiatric Neuroscience of the University of Lausanne and CHUV. He is an internationally recognized leader in the field of brain energy metabolism and glia biology. His group has discovered some of the cellular and molecular mechanisms that underlie the coupling between neuronal activity and energy consumption by the brain. This work has considerable ramifications for the understanding of the origin of the signals detected with the current functional brain imaging techniques used in neurologic and psychiatric research. He is the author of over 140 articles published in peer reviewed journals.

Pierre Magistretti has been awarded the 2002 Emil Kraepelin Professorship of the Max-Planck Institute of Psychiatry in Münich. He has been elected Professor at the Collège de France in Paris, at the International Chair for the academic year 2007 – 2008. He sits on the Board of Trustees of HFSPO. He has been President (2002 – 2004) of the Federation of European Neuroscience Societies (FENS).